On June 2nd, 2021, Google released the first of a two-part broad core update, unimaginatively entitled the ‘June 2021 Core Google Algorithm Update’. Those who follow SEO and Google updates will know that they are often a time where webmasters, marketers and SEO consultants wait with bated breath to discover whether or not it helps, hinders, or in some cases, destroys their online ranking strategy.

This trepidation comes as a result of previous, and we dare say, infamous updates which literally ended many business models overnight, as Google sought to improve the search results of those who use their search engine.

So, what do we know about the June 2021 Core Google Algorithm Update? Let us start with some of the basics, and the first of these is that it is a global rollout. This means it will apply to searches in all countries and in all languages.

The update is one of two being released in June, with the other being an update relating to ‘Page Experience’. The number of changes in this core update is so large, that Google is actually releasing the update in two parts; the first part in June, and the second part in July, so just like London buses, you wait for one update, and then several come along, one after the other!

Obvious there may be concern amongst those with vested interests in their website’s ranking that two updates, across 2 consecutive months, might cause a great deal of volatility, but Google has given assurances that most websites will not feel or see any significant impact to their rankings.

It is the use of the word ‘most’ that might concern website owners and SEO agencies, as that is quite a broad term, and obviously suggests that some websites will suffer. More likely is that if a website is affected by this update it might have some pages improve, some stay the same and some decline in rankings, which is where the necessary adjustments and improvements need to be made.

As with any core update to its algorithm, Google’s intention is to improve the relevancy and the quality of its search results. Its goal is to remain the number one search engine, and Google knows the only way it can do so is if those who use it to search online consider the results that Google produces to be almost exactly what they were searching for

One thing that some of the early data is showing is that this update is not intended to target or root out any specific websites, nor types or categories of websites. In that sense, it does not seem to have generated the same level of panic and dismay that the likes of Panda, Penguin and Hummingbird all did some years ago.

Instead, the advice most SEO experts are giving is to stay calm and not to make drastic changes to pages that fall in rank, nor to celebrate too much where pages have improved their rank. The obvious reason for this is that the update is being released in two parts, and it might be that any changes you see as a result of part 1, are reversed when Part 2 is released.

That does not mean that you should not seek to make improvements to website pages, which actually applies at all times, and not just when updates are being rolled out. In particular, focus on the content which you have on your website and keep in mind that relevancy and quality are an obsession for Google and will be reflected in any algorithm update they release. 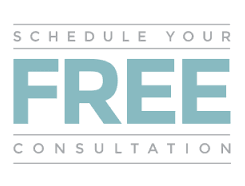 Find out how we can increase your revenue with expert SEO.